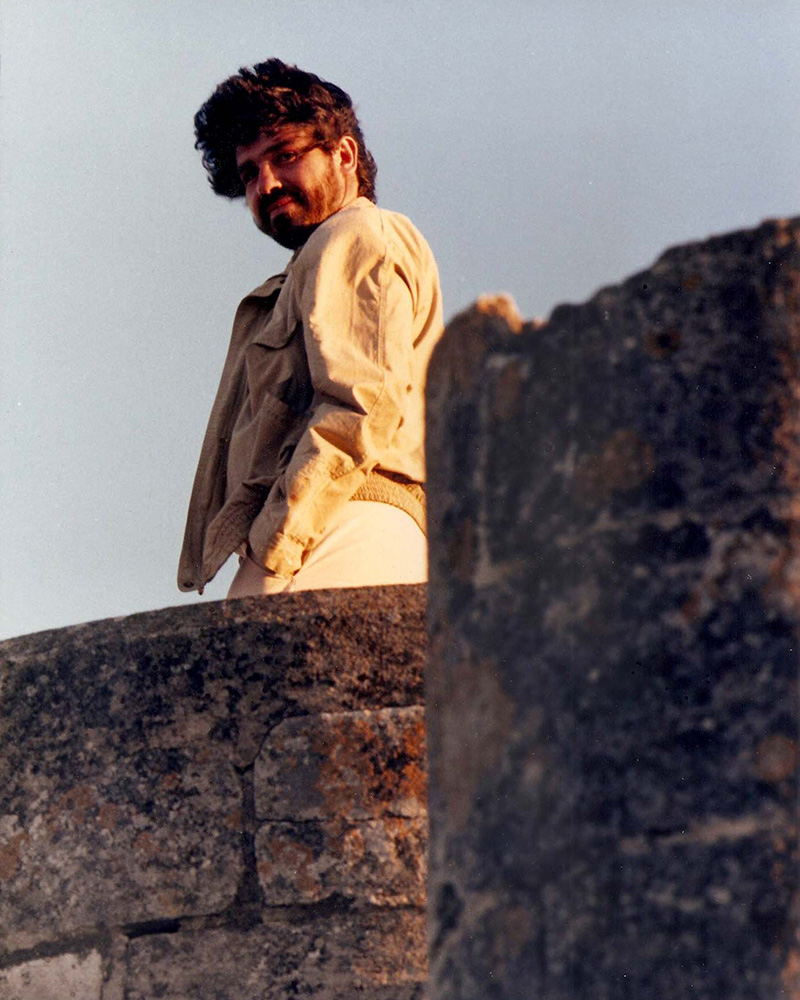 Romà Panadès graduated in Fine Arts from the University of Barcelona. In 1982 he received an art scholarship from Fundació Güell.

After graduating, he was, for several years, a university lecturer in Pictorial Procedures in the same faculty. Afterwards, he completed his training with courses in ceramics, mosaic and engraving.

He cultivates a figurative art of avant-garde inheritance, with classical roots and a clear modern vision.

Throughout his career has held exhibitions in renowned art galleries such as Sala Parés in Barcelona, where he debuted in a solo show in 1982. Other relevant exhibits are the ones held on Palau de la Virreina in Barcelona, the INCUBI Art de Genolier in Switzerland and the Arpe de Cannes in France. He, as well, has taken part in important art fairs like Artexpo.

His work, alongside Barcelona, Majorca and Madrid, has been exhibited internationally in France, Switzerland, Tunisia, England, Germany and the United States, among other countries.

Panadès art has passed through several periods, each one of them characterized by a vital language, which has been in authentic and constant renewal, in terms of both subject matter and processes.

However, he has always shown deep-rooted links to Barcelona and the Mediterranean and, just as he defines himself, feeling closer to the visual inheritance of cinema than to painting.

Besides painting, he has worked in illustration and poster design (poster for La Mercè Festival, 1993, Barcelona City Council), and collaborated with newspapers such as La Vanguardia, El País and El Periódico de Catalunya, as well as producing book covers and stage designs.

This website uses cookies to improve your experience while you navigate through the website. Out of these cookies, the cookies that are categorized as necessary are stored on your browser as they are essential for the working of basic functionalities of the website. We also use third-party cookies that help us analyze and understand how you use this website. These cookies will be stored in your browser only with your consent. You also have the option to opt-out of these cookies. But opting out of some of these cookies may have an effect on your browsing experience.
Necessary Always Enabled
Necessary cookies are absolutely essential for the website to function properly. This category only includes cookies that ensures basic functionalities and security features of the website. These cookies do not store any personal information.
Non-necessary
Any cookies that may not be particularly necessary for the website to function and is used specifically to collect user personal data via analytics, ads, other embedded contents are termed as non-necessary cookies. It is mandatory to procure user consent prior to running these cookies on your website.
SAVE & ACCEPT